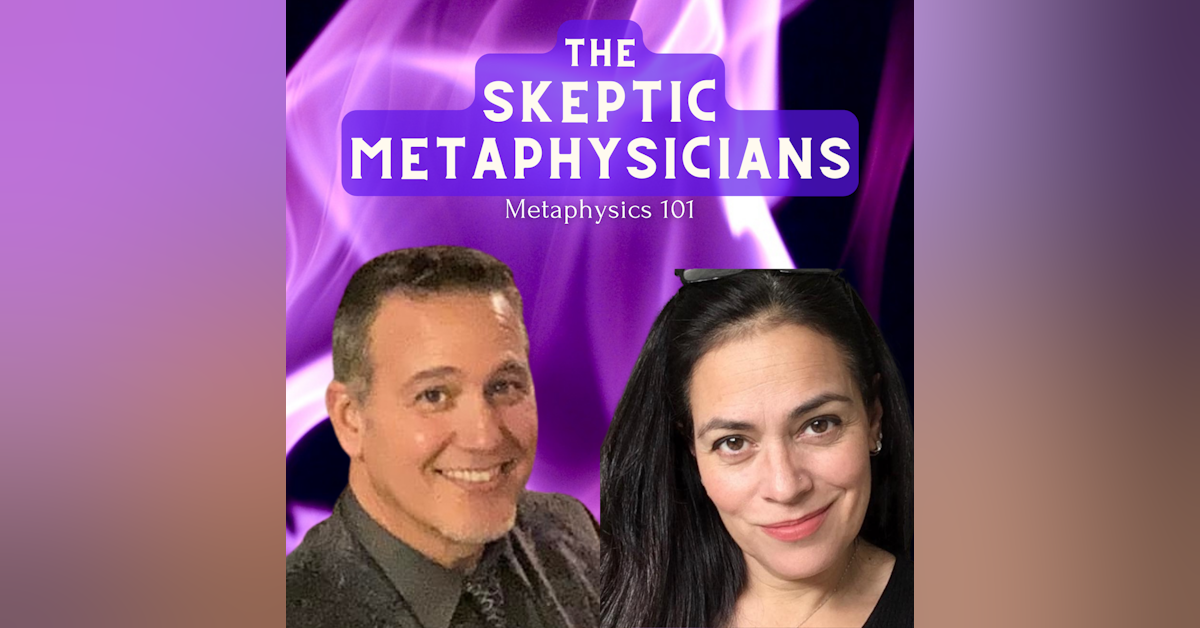 This is the definition of the word "metaphysics". But then there's also THIS definition:
- Abstract theory with no basis in reality.

Both are from the Dictionary. You can look them up.
But there is another way of defining metaphysics. A way that millions of people around the world prefer to define it.  A Way of Life.

Enter The Skeptic Metaphysician. My name is Will, and I, like Mulder from the X-Files, want to believe.

So I've embarked on a journey of discovery. I've talked to people deeply entrenched in this spiritual world. I've thrown myself into weird and wonderful experiences, I've even joined a coven of witches...all in the interest of finding something.....anything....that will prove that there is something beyond this physical, three dimensional world we all live in.

After all, PBS defines metaphysics this way:
Derived from the Greek "meta physika" ("after the things of nature"); referring to an idea, doctrine, or posited reality outside of human sense perception. In modern philosophical terminology, metaphysics refers to the studies of what cannot be reached through objective studies of material reality.

Well you get the point. We'll be diving into stuff that is so far from the generally accepted school of thought that I fully expect my mind to be blown.

At least, that's my hope. To be fully transparent, its taken me a LONG time to find a single thing that has given me physical, tangible proof that there is something beyond this world. As hard and far as I've searched, there's not much out there that has made me a believer.

Fingers crossed that someone out there will be able to prove, once and for all, that this stuff actually exists.

So if this kind of thing interests you, or intrigues you in any way, I hope you'll join me as I continue in my search. We're not going to be all mumbo jumbo about this stuff, but rather, really dive into the stuff and see what can come out of it. All, of course, with the utmost respect of those sharing their stories with us.

Here's a great book to help:
Launch (Updated & Expanded Edition): How to Sell Almost Anything Online, Build a Business You Love, and Live the Life of Your Dreams